Greenflation, a Price to Pay to Achieve Zero Carbon 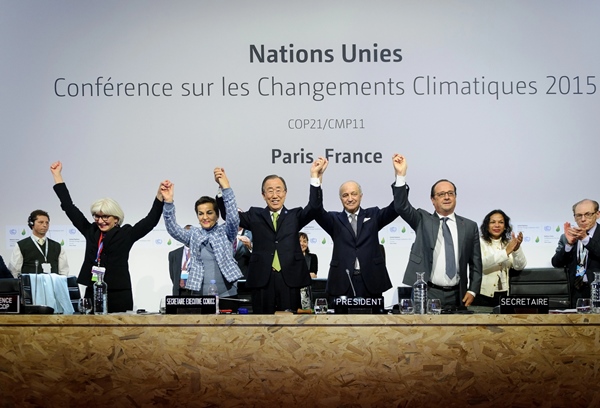 Since the 2015 Paris Climate Agreement*, the global challenge has been the transition from fossil fuels to eco-friendly energy.

Let's first take a look at how each country is striving for zero carbon.

The European Union, which is at the forefront of the transition to eco-friendly energy, has decided to levy a “carbon border tax” on a trial basis from 2023. Tariffs are imposed on products that emit more than a standard level of carbon. In addition, the manufacture and import of internal combustion engine vehicles will be totally banned after 2035.

The U.S. has the goal to eliminate greenhouse gas emissions by 2050 by replacing coal and natural gas, which account for more than 60% of electricity generation, with renewable energy.

After enacting zero carbon by 2050, ROK announced that it would reduce carbon emissions by 40% as compared to 2018 by 2030 as an interim goal.

(Among the G20 countries, the UK is the only country that has set a carbon emission

According to Net Zero Tracker, a company that tracks the reduction of greenhouse gas emissions around the world, as of 2022, 136 nations have declared carbon zero, and 66 countries have set a carbon zero target year. Finland has announced its goal of achieving zero carbon the fastest by 2035.

14 nations, including Korea, Germany, France, Sweden, UK, European Union, Fiji, and Canada, have legislated the zero carbon target, and 32 nations, including US, China, Monaco, Liberia, Australia, Chile, and Costa Rica, are still in the process of legislative procedures.

Greenflation Has Struck Throughout the World

However, global carbon reduction efforts have run into an ambush.

The term “Greenflation” is a newly coined term referring to the pro-environmental term “Green” combined with economic “Inflation.”

However, it is impossible to readily step up mineral production. This is because, to prevent environmental pollution and preserve the surrounding ecosystem, each country's regulations on mineral mining are gradually being strengthened.

What about electric vehicles, the symbol of eco-friendliness? Many minerals are required to make batteries for electric vehicles. Among them, the price of lithium, an essential raw material, was 452.5 yuan/kg as of June 2022, a 459% increase from last year's June 9 (81 yuan/kg) just a year ago. Nickel and cobalt prices also rose by 60% and 71%, respectively, during the same period. This is a structure that inevitably leads to an increase in the price of electric vehicles.

(Lithium price trend over the past 5 years. Source: Trading Economy)

This affects not only electric car batteries. Many minerals are used in manufacturing solar cells and wind turbines, also exemplary eco-friendly technologies. The prices of copper for solar panels, as well as steel and zinc used to make wind turbines, are all on the rise. The reality is that the transition to green energy has inevitably slowed down.

(Copper and zinc price trends over the past five years. Source: Trading Economy)

Natural gas prices are also rising at a rapid pace. Last year, in Europe, the level of wind power generation was greatly reduced due to abnormal temperatures, electricity became scarce, and the price of natural gas, an alternative source, surged more than 300% compared to 2020.

(Natural gas price trend over the past 5 years. The price seemed to stabilize after rising

from 2021, but it soared with the outbreak of war. Source: Trading Economy)

Now countries around the world are struggling to cope with inflation caused by the huge sums of money released to deal with the corona virus. Because of this, there is growing concern that this may put the brakes on the transition to eco-friendly energy.

Can countries achieve carbon zero by the deadline promised at the Paris Agreement? The International Monetary Fund (IMF) expressed concern in November 2021 that “due to an unprecedented 'surge in demand' for the metals most important to contain carbon emissions, prices could reach historical highs and even delay the energy transition itself.”

At the Davos Forum in May last year, International Energy Agency (IEA) Secretary-General Fatih Birol expressed concern that the transition to eco-friendly energy must not be hampered by rising raw material prices.

"War in Ukraine could make it difficult to achieve the goals of the Paris Agreement," he said. "We will have to say goodbye to our climate goals. Energy security and addressing immediate contingencies are justified, but we must not lose sight of our vision as large-scale investments step in to open up new fossil fuel reserves."

Above all, the risk of serious accidents is lower than that of existing large-scale nuclear power plants, and even if an accident occurs, it is easy to deal with; so many countries are competing to develop the next-generation nuclear power plant.

The leading country is France, which derives 70% of its electricity from nuclear power. President Emmanuel Macron announced that he would invest 1 billion euros (~1.38 trillion won) in research and development of nuclear power plants such as SMR as part of the “France 2030” agenda.

The French Transmission Authority (RTE) has announced that with 14 new nuclear reactors in France will be carbon neutral by 2050.

(“Nuclear is ideal for dealing with climate change, as the only carbon-free, scalable energy source that’s available 24 hours a day.”—Bill Gates—Source: Tera Power)

In the United States, TeraPower, a nuclear power plant company founded by Bill Gates, leads the development of SMR. TeraPower announced in November 2021 that it would build a 345-megawatt (MWe) SMR in Wyoming, USA, capable of supplying 250,000 households.

TeraPower's SMR is characterized by using sodium instead of water as a coolant. TeraPower says that the sodium method can safely respond in case of an accident.

Some argue that Greenflation will not be a problem because more investments in renewable energy such as solar energy will result in economies of scale and lower costs.

The Russo-Ukraine War, which has exacerbated Greenflation, has actually fueled Europe's movement towards zero carbon.

Europe depended on Russia for 40% of all gas and 27% of oil, but with the outbreak of the war, Russia weaponized energy, igniting a new spark in the EU. As energy shifted from the economic domain to the security domain, the European Union caught the incentive for a faster energy transition.

‘REPowerEU’ aims to ultimately achieve energy independence from Russia while succeeding ‘Fit for 55,’ a carbon reduction bill announced by the European Union in July 2021.

To this end, the EU has expanded its energy reduction target from 9% to 13% by 2030, along with diversifying gas imports, expanding LNG imports, and expanding facilities.

In addition, we are promoting joint purchase of energy at the EU level, doubling solar power generation capacity by 2025, and securing 10 million tons of hydrogen production capacity in the EU by 2030.

The plan is to overcome the temptation to expand the use of fossil fuels caused by Greenflation and accelerate the existing plan to achieve zero carbon. The reverse has happened.

Greenflation is a daunting challenge for the economically disadvantaged in all countries. The cost is more severe especially for developing countries that rely on fossil fuels for most of their energy.

But climate change is a global challenge. In fact, at the 26th UN Framework Convention on Climate Change (COP26) in November, representatives of the U.S. and China, who were not in good terms with each other, made a joint declaration that surprised the world: "climate change is an 'existential crisis' that humanity faces, and the only option is cooperation."

However, even in the European Union, which announced ‘REPowerEU,’ the intentions of the EU member states seem complicated due to the rising energy prices.

There are also rumors that Russia is waiting for winter to come. It is calculated that as the days get colder, the demand for heating will increase and Europe will become more dependent on Russian gas and oil.

The world will see how the situation will unfold over time in the hopes that the global crisis will act as a catalyst for global collaboration.